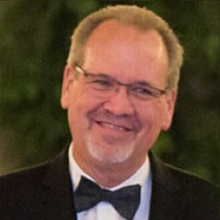 As President and CEO of Monolith Security Corporation, Steven B. “Steve” Petty has been tasked with building the business, seeking out a location, designing facilities, overseeing the build out, bringing on the additional Board members, growing the executive team and coordinating the direction of the company. Steve has been a leader in the Aviation Industry for decades. In May of 1994 Steve became the owner and CEO of Airweld Inc., a company that was founded in 1957 in Oakland, CA as a small repair station. With the change of ownership and new vision, Steve re-structured the management and began a very aggressive expansion by increasing its repair & overhaul capabilities, applying for and receiving its FAA Parts Manufacturing Authority (PMA), and acquiring several companies, including Advanced Aerospace, World Auxiliary Power Company (WAPCO), KB Aviation, Clarion Avionics, and Dothan Air Charter. In addition to opening new divisions such as Flight Line Services and Dothan Jet Center, Airweld developed and/or acquired over 33 Supplemental Type Certificates (STCs). Through Steve’s vision and his executive team’s leadership, Airweld became

In the summer of 1999, Airweld designed and manufactured a C-130 Short Pod APU modernization program, selling 16 kits to operators. Additionally, Airweld designed and Manufactured Onboard Folding Airstairs on the Boeing 707, 737, 757 and 767 platforms, Hush Kits for the Presidential Fleet of C-9’s, Auxiliary Power Units (APU’s) for the DC-8 and Boeing 707, and maintained thousands of parts on the Navy’s fleet of C-9’s and KC-10’s. In August 2000, Airweld sold its C-130 Short Pod APU modernization program to Kellstrom Industries. Airweld remained a manufacturer, parts supplier and maintenance facility supporting its STC’s until 2010 and sold its remaining STC’s in 2014.

Jean-Pierre “JP” Bolat joined Monolith Security Corporation in September 2018 as its Chief Strategy Officer, responsible for assisting the Chief Executive Officer with developing, communicating, executing, and sustaining corporate strategic initiatives. JP is also a founding partner in Track4, Inc., a cyber security start-up focused on mitigation of credit card and debit card fraud. He is also a board member of MOVIA, INC., a robotics software company focused on autism therapy. Previously, JP was the Chief Financial Officer for Sovereign Intelligence, LLC, a cyber security firm focused on providing intelligence to corporations and high net worth individuals.
Prior to joining Sovereign, JP was the Military & International Business Development Manager for Triumph Engine Control Systems, West Hartford, Connecticut. JP is also founder and president of The Bolat Group, LLC, an international business consulting company first established in Tokyo, Japan in 2009, currently based in Connecticut.

for Oracle Corporation Japan. He was responsible for developing and managing key aspects of Oracle’s License Business in Japan’s Public Sector with specific emphasis on promoting Oracle’s Thought Leadership with Japan’s Ministry of Defense. From 2008-2010, JP served as the Co-Chair of the American Chamber of Commerce in Japan (ACCJ) Aerospace & Defense Committee and Vice Chair of the ACCJ Healthcare IT Subcommittee.

Before joining Oracle, JP completed a 20-year career in the U.S. Navy with tours of duty around the world. His final assignment was Chief of Combat Operations, Exercises, and Future Capabilities for Headquarters, U.S. Forces Japan, where he supported the advancement of U.S.- Japan Alliance coordination and policy. JP retired in August 2007 at the rank of Navy Commander. In addition to his corporate positions, from 2011- 2012, JP was Campaign Manager for a U.S. Senate candidate in Pennsylvania and Field Director for a U.S. Congressional candidate in Connecticut, providing campaign policy, strategy, and financial management. JP is a former
member of The SPECTRUM Group, one of the premier consulting groups in the Washington, D.C.

Designated a Naval Flight Officer in 1989, JP logged over 2,000 flight hours in the P-3C Orion as a Mission Commander, Tactical Coordinator, and Navigator/Communicator. In addition to earning numerous aviation and shipboard qualifications, JP was nominated three times by the U.S. Navy as a Mission Specialist candidate to the NASA Astronaut selection board. Born and raised in
Wallingford, Connecticut, JP graduated from the United States Naval Academy, Annapolis, Maryland in 1987, with a Bachelor of Science in English with a minor in French, receiving his Commission as a Naval Officer. He earned a Master of Science in Astronautical Engineering in 1995 from the U.S. Naval Postgraduate School, Monterey, California, and earned an Executive MBA from Temple University’s Fox School of Business in 2008.